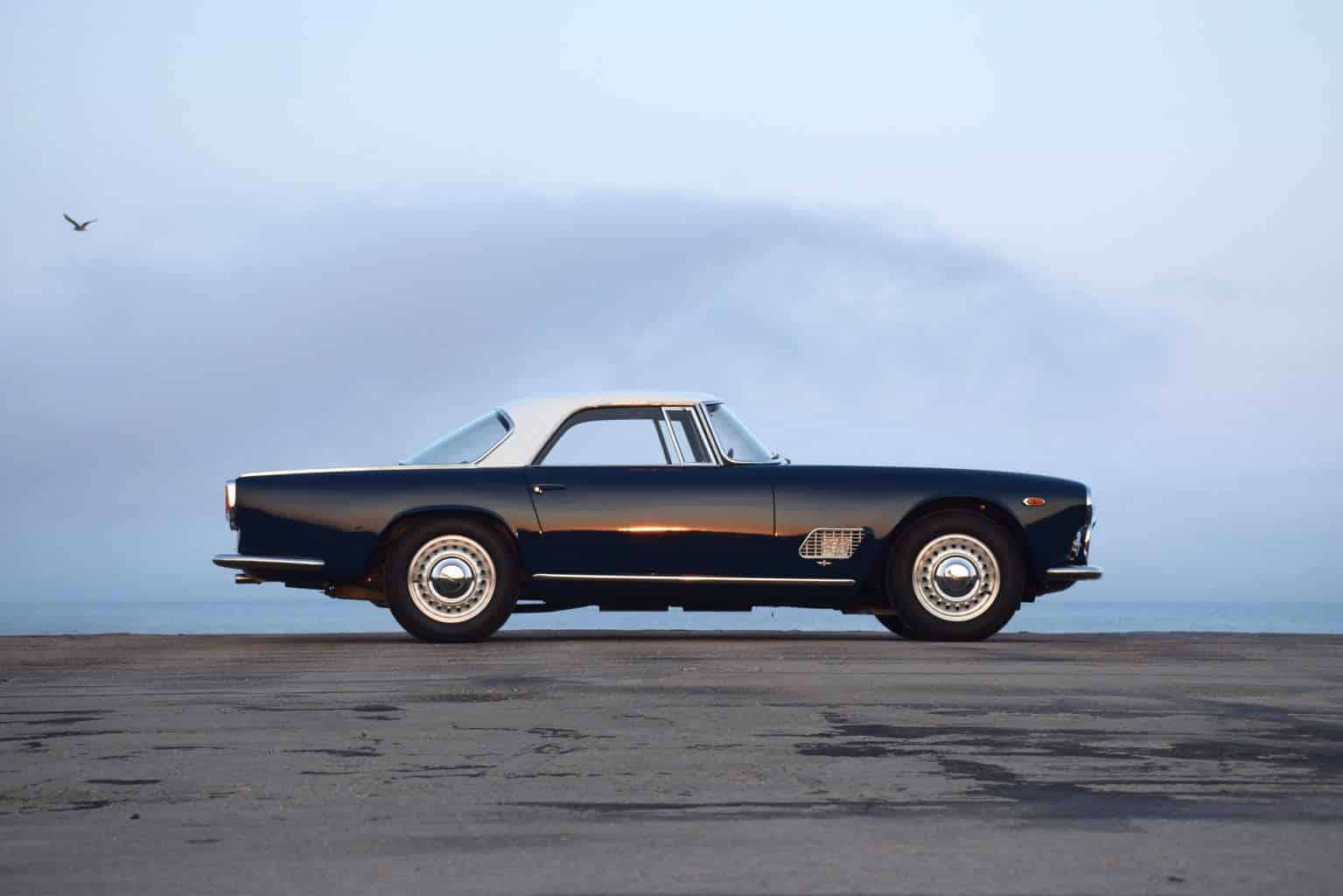 The 3500 series plays a fundamental role in the history of the brand Maserati. Without this timeless classic, the traditional Italian company would probably no longer exist. Maserati was on the verge of economic ruin after the end of the Second World War. In 1950, Adolfo Orsi and his son Omar took over the management and paved the way for the company’s success story. Together with the new chief engineer Giulio Alfieri, they steered the brand with skill and know-how on the crucial tracks and brought Maserati from the racetrack to the street.

The 3500 GT has been the first production model of the Italian automobile manufacturer and a car for true connoisseurs. The series was manufactured between 1957 and 1964. Only 1,972 touring coupes were produced, making the 3500 GT / GTI a rarity and a sought-after collector’s item. The spacious 2 + 2-seater has a 6-cylinder engine with twin Weber carburettors and a ZF 4-speed gearbox in the early models, and the five-speed gearbox in the later models.

The Maserati 3500 GT was first presented in Geneva in 1957. Two renowned Italian coachbuilders, Alemanno and Touring, both had designed a prototype. The Touring model finally went into production because the audience at the Geneva Salon was thrilled by the elegant and straightforward design and its aerodynamic aluminum body in the well-known Superleggera lightweight construction.

The design of the model has changed slightly over the years. Headlights, rear lights and license plate lights have been replaced and the number and position of the triangular vent windows also vary. Our vehicle is a very early model from 1958 and thus one of the very rare models produced prior to 1960.

As of 1961 the 3500 was also available as a GTI with Lucas injection. As of 1960, Vignale produced the two-seater 3500 GT Spyder, the convertible of the series. The model was designed by Giovanni Michelotti.