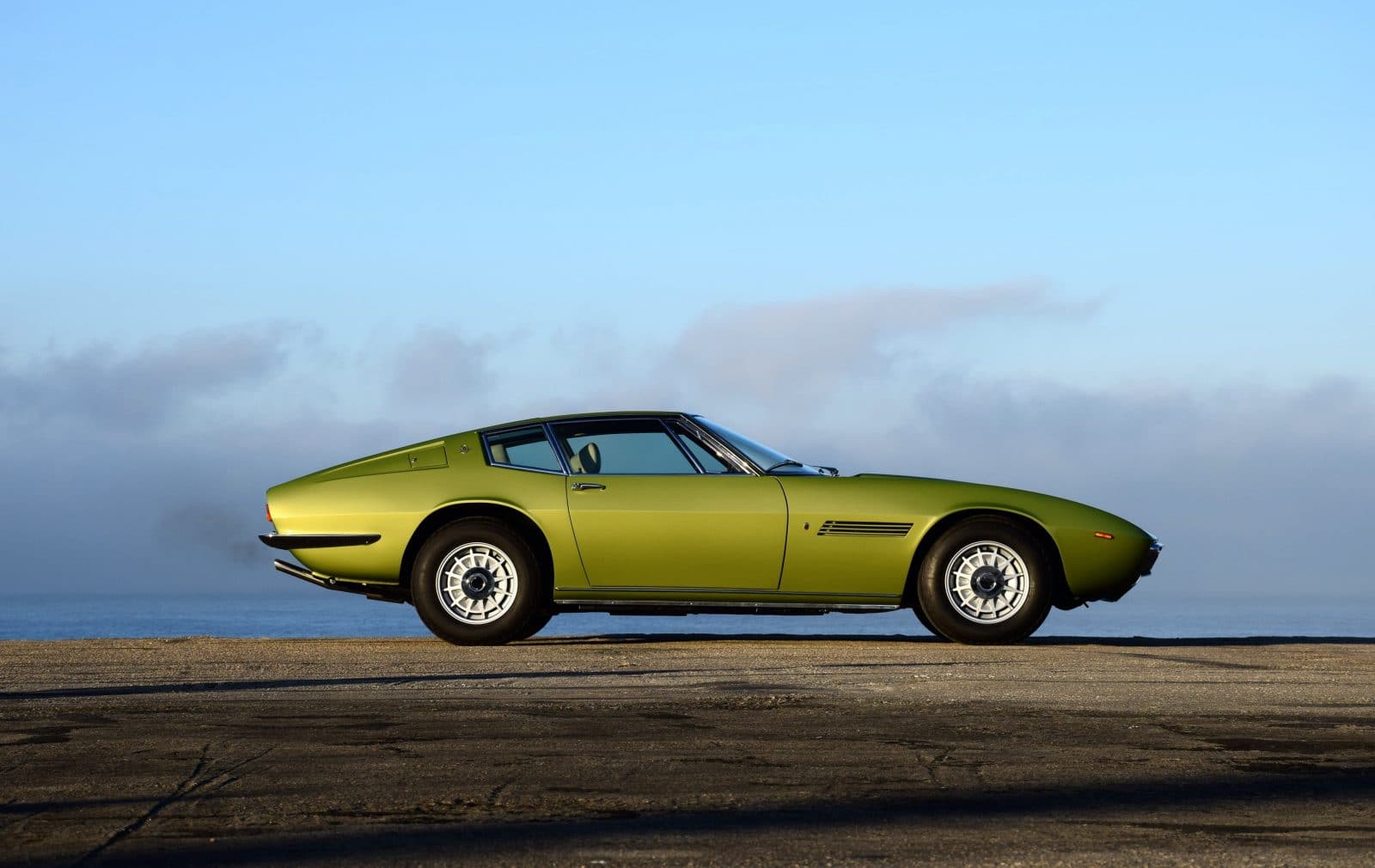 The Maserati Ghibli (AM115) is a true style icon. The car’s innovative and striking appearance, designed by Giorgietto Giugiaro, who was chief designer at Ghia at the time, is considered formative and influenced the style of numerous later vehicles.

In 1966, Maserati presented the car for the first time at the Turin Motor Show. Based on the Mexico chassis, Giugiaro had designed a GT with a long bonnet, hatchback, charismatic hidden headlamps and dynamic lines. With its daring touch, the silhouette of the vehicle also reminds of a shark.

The response to the new model was so overwhelming, that Maserati produced even more vehicles than originally planned. In total there are just over 1100 cars. The press called it a “prestige car” in a “sensational” design. Because of the striking lines of the Ghibli, many owners preferred metallic colors, which highlight them even better.

The Ghibli was built from 1967 to the end of 1972. Named after a desert wind from the Sahara, the vehicle was one of the leading sports cars of the 1960s. The basic features of the V8 engine were based on the engine of the Tipo 450S, which was first used in racing in 1956. With a top speed of 257 km / h, the car was almost unbeatable and at that time the fastest production vehicle in the world. Only in terms of acceleration, the Ghibli was not completely convincing due to its size and high weight. It stood for luxury and comfort and is a classic Gran Tourismo – despite its sporty character with sophisticated technology, 4 Weber double carburetors and a powerful engine. In the 2 + 2 seater there is enough storage space for luggage, the engine is in the front of the car. The exclusivity of the Ghibli was also reflected in its price, which was about 10 percent higher than that of a Ferrari 275 GTB.

The Ghibli was highly popular – especially among the rich and famous. Its prominent owners included Jean-Paul Belmondo, Sammy Davis Jr., Peter Sellers and Henry Ford II. The car’s appearance in the film classic “Swimming Pool” by Jacques Deray from 1969 is iconic: In a red-brown Ghibli, the protagonists Alain Delon and Romy Schneider jet along the winding coastal road at the picturesque Cote d’Azur.