The first owner drove more than 680,000 kilometers – Within the last two years the “Secchi” Maserati has been brought to Concours condition by Scuderia Azzurra

Cologne, March 9th 2017. A glance into the past reveals mileage performance and workmanship qualities in the automotive industry, which were considered unique in his time: The “Gino Secchi” Maserati 3500 GT from the year 1961 already ran more than 680,000 km under its first owner. Now, thanks to the detailed restoration by Scuderia Azzurra, it is back on the roads in new splendor and with fresh power.

On Sep 23rd 1961, the Italian industrialist Luigi Secchi from Milan bought a new car that was to dominate conversations of classic car lovers for many decades to come: Luigi, short Gino, Secchi loved his hometown Milan and a move was out of question for him. He managed the route to his company in Turin and back, often several times a day. Approximately 150 km each way. This way, over the years, his Maserati 3500 GT spurred a considerable mileage on his odometer: As early as 1967, after just six years, the vehicle counted 680,000 kilometers driven with the first engine. Thereby he entered Maserati history as “Gino Secchi” press car.

For the back then rather small automotive manufacturer Maserati, this extraordinary mileage was a proof of its outstanding workmanship quality. Full of pride Maserati chief mechanic, racing driver legend and head of the race department Guerino Bertocchi posed next to the owner and his car for a press photo. Age years later the cut: Signore Secchi separates from his faithful companion. From now on the oldtimer drove under his second owner Franco Vitrani from Foggia.

Scuderia Azzurra lets old luster shine anew
As of recently, the original Italian vehicle documents of this Maserati icon have been placed in the hands of Scuderia Azzurra. “It is an absolute jackpot to have found this car. Amazingly, it still exists at all – with such a prehistory and certainly the highest mileage of any Maserati 3500 GT”, knows Matthias Hinz, as managing director responsible for restorations. “To revive such a legend and to participate in events with it is a unique feeling.”

Scuderia Azzurra is known for the original restoration of classic Maserati, Alfa Romeo and Lancia. The three partners Matthias Hinz, Michael Maasmeier and Lukas Mühlemann pour their entire passion, their enthusiasm and their heart blood into the detailed refurbishments. Completely restored and in best condition the vehicles are then sold to new owners or assumed into the own collection.

Under the premise of authenticity and the pursuit of a perfect restoration, Scuderia Azzurra has also devoted itself to the “Secchi” Maserati: “Only too gladly have we accepted the task of spruce this Maserati legend back up. A classic like this requires absolute finesse”, says Michael Maasmeier of Scuderia Azzurra. A frame-off restoration with completely overhauled Maserati engine makes the vehicle shine in new splendor. Still the classic car from the year 1961 possesses the Milan license plate MI 586488 from the first registration. The legendary rarity shines in the original colour combination of delivery: in the car interior leather/pelle “marrone” and on the outside the classic radiates in “Grigio New Market”. As always, Scuderia Azzurra has comprehensively and gaplessly documented all phases of the restoration process.

Taking into account all historic details, the oldtimer is now back to absolute best condition thanks to Scuderia Azzurra. “He will master many more kilometers”, rejoices Matthias Hinz. “Perhaps even as a valuable classic of our own collection…” 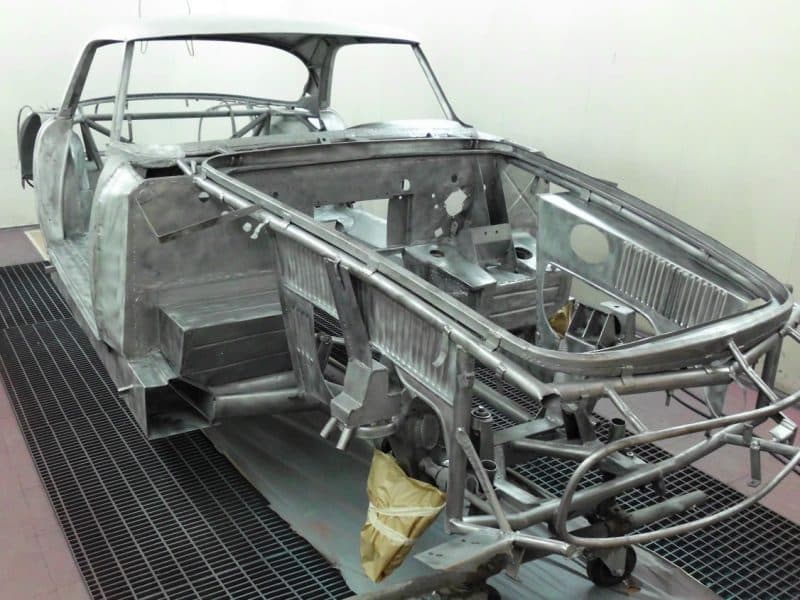 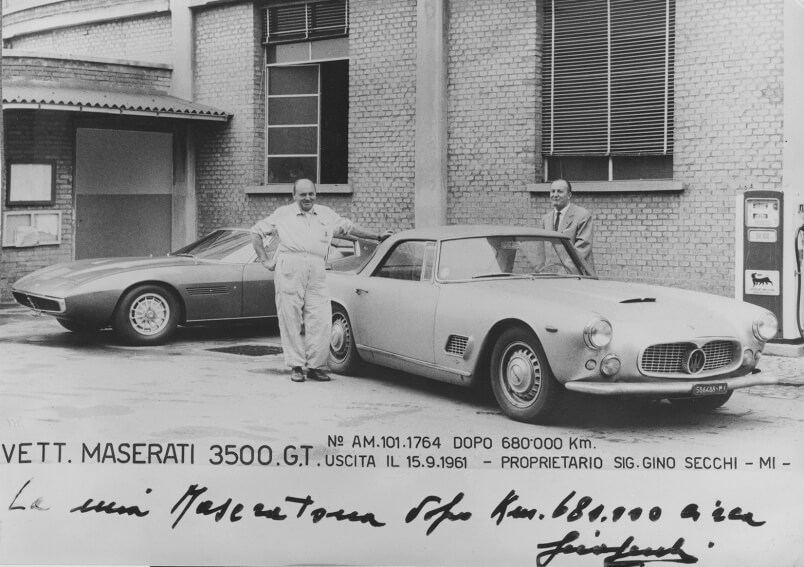